There are many reasons for the uneven cutting of CNC plasma cutting machines. When cutting different metal plates and materials with different thicknesses, different cutting power sources and torches have different technical parameters. In the cutting work, you should refer to the equipment and workpiece to select the appropriate cutting speed standard. Let’s take a look at the parameter setting of the CNC plasma cutting machine.

There are many factors that affect the quality of plasma cutting, such as no-load voltage and arc column voltage, cutting current, electrode shrinkage, cutting nozzle height and other plasma arc cutting technical parameters, which will directly affect the cutting stability process and cutting quality of CNC plasma cutting machines. and function. Generally speaking, factors such as no-load voltage and arc column voltage, cutting current size, electrode shrinkage rate, cutting nozzle height and other factors directly affect the fastening effect of the plasma arc, that is, the temperature and energy density of the plasma arc and the high temperature and high energy of the plasma arc. The cutting speed is determined, so it can be said that many of the above factors are basically related to the cutting speed. As a CNC cutting device, the cutting speed should be increased as much as possible while ensuring the cutting quality. This not only increases productivity, but also reduces the amount of deformation of the cut section and the heat-affected zone of the grooved area. If the cutting speed is not right, it will have the opposite effect, add paste residue, reduce the quality of the cut, and set the small details above the CNC cutter.

The parameters of the CNC plasma cutting machine are set as follows:

The radial direction of the jet transfers more heat, so the incision is widened, and the molten material on both sides of the incision gathers and solidifies at the bottom edge, forming slag that is not easy to clean, and the upper edge of the incision is rounded due to excessive heating and melting.

Refers to the distance between the nozzle end face and the cutting surface, which forms part of the entire arc length. Since plasma arc cutting generally uses a power supply with constant current or steep drop characteristics, after the nozzle height increases, the current changes very little, but it will increase the arc length and cause the arc voltage to increase, thereby increasing the arc power; but at the same time, it will also make As the arc length exposed to the environment increases, the energy lost by the arc column increases. In the case of the combined effect of the two factors, the effect of the former is often completely offset by the latter, which will reduce the effective cutting energy and reduce the cutting ability. Usually, the blowing force of the cutting jet is weakened, the slag remaining in the lower part of the incision increases, and the upper edge is over-melted and rounded corners appear. In addition, considering the shape of the plasma jet, the diameter of the jet expands outward after leaving the muzzle, and the increase in the height of the nozzle will inevitably lead to an increase in the width of the incision. Therefore, it is beneficial to choose the nozzle height as small as possible to improve the cutting speed and cutting quality. However, when the nozzle height is too low, it may cause double arc phenomenon. Using a ceramic outer nozzle can set the nozzle height to zero, that is, the end face of the nozzle directly contacts the surface to be cut, and good results can be obtained.

The optimal cutting speed range can be selected according to the equipment instructions or determined by experiments. Due to the thickness of the material, different materials, melting point, thermal conductivity and surface tension after melting, the cutting speed also changes accordingly. main performance:

When the cutting speed is too low, since the cutting place is the anode of the plasma arc, in order to maintain the stability of the arc itself, the anode spot or anode area must find a place for conducting current near the cutting slot closest to the arc, and at the same time, it will be directed to the radial direction of the jet. More heat is transferred, so the incision is widened, the molten material on both sides of the incision gathers and solidifies at the bottom edge, forming slag that is not easy to clean, and the upper edge of the incision is rounded due to excessive heating and melting.

At extremely low speeds, the arc can even be extinguished due to the wide cut. It can be seen that good cutting quality and cutting speed are inseparable.

The cutting speed is too fast, so that the cutting line energy is lower than the required value, and the jet in the slit cannot quickly blow off the melted cutting melt, resulting in a large amount of back drag. decline.

It is the most important cutting process parameter of CNC plasma cutting machine, which directly determines the thickness and speed of cutting, that is, cutting ability. Affect:

The cutting current increases, the arc diameter increases, and the arc thickens to make the incision wider. 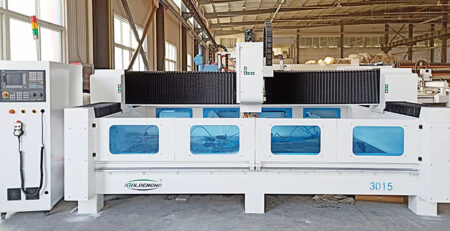 What are the characteristics of stone engraving machine? 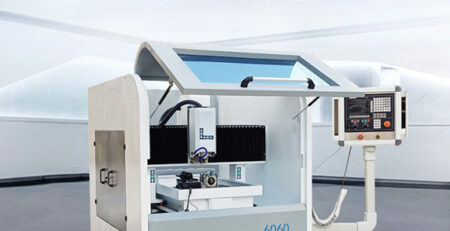