How Does Rust Cleaning Laser Machine Work In 5 Steps

Laser rust removal mainly uses a laser beam to work on the workpiece with rust stains. High-frequency high-energy laser pulses irradiate the surface of the workpiece, and the coating layer can instantly absorb the focused laser energy, so that the oil stains, rust spots or coatings on the surface can be instantly Evaporation or peeling, a cleaning method that effectively removes surface attachments or surface coatings at high speed, and laser pulses with very short action time will not damage the metal substrate under appropriate parameters.

1. All Materials Have an Ablation Threshold
Laser ablation occurs when a material layer or a coating is removed with a laser beam. This is the process behind all laser cleaning applications. Take laser rust removal on steel. When the beam hits the surface, molecular bonds in the dust or rust layer are broken and ejected from the substrate. In less technical terms, you can imagine that the layer to be removed is simply vaporized by the laser beam.

A simple way to grasp the importance of the ablation threshold is to compare it to throwing a ball over a wall. If you don’t throw it high enough, it will never make it over to the other side. Even if you throw the ball a thousand times, you will always fail. The same applies to laser derusting. You can shoot the laser beam a thousand times but as long as the energy is below the ablation threshold of the material you’re working with, nothing will ever be removed.

2. It is Possible to Remove a Material in a Highly Selective Way
Let’s continue with our analogy. Imagine there was a second, higher wall behind the first one and that a ball was thrown with just enough energy to make it over the first wall, but not enough to make it over the second. The ball would bounce off the second wall and fall in between the two walls. Once again, no matter how many times you throw the ball, you will always get the same result. You will make it past the first wall but never the second.

For example, the rust ablation threshold is much lower than the threshold for common metals like steel and aluminum. The same goes for paint and oil. This vast gap between two values allows contaminants and coatings to be completely vaporized without any risk of damaging the base material underneath. There’s just not enough energy for damage to happen.

3. A Strong and Short Power Burst Means Faster Removal
You can think of laser ablation as similar to carving stone with a hammer and a chisel. You can use a small hammer and do many small hits on your chisel. Or, you could just as well use a bigger hammer to leverage more power, hence reducing the required number of hits and increasing the removal speed. The idea is the same with laser cleaning, except that you only want to remove a layer of material: the contaminant.

Rust cleaning laser machine systems can remove any given layer using two different methods. Either the laser beam is a continuous wave of light, or it is pulsed at a given repetition rate. Even if the result is pretty much the same, the removal speed varies a lot according to the method.

For a given surface area, putting the same energy within a short pulse increases the power. It’s like using the bigger hammer. A pulsed laser beam is more efficient and provides a faster removal speed than a continuous beam. And while short laser pulses clean surfaces faster, they also ensure that the underlying material does not heat up too much.

4. It is Consumable-Free and Environmentally Friendly
As this cleaning method only uses a laser beam to vaporize the layer to be removed, there are literally no consumables with it. This is the beauty of lasers, which only need a power plug to be set and ready to go.

On top of this, lasers use no chemical products or solvents. This makes laser surface cleaning one of the safest solutions when it comes to rust and coating removal. Not only is there no chemical waste to take care of, but employees are totally safe when working near laser cleaning machines, which are designed to meet international laser safety standards. Employees won’t need personal protective equipment and won’t have to handle those pesky chemicals.

That being said, since laser cleaning vaporizes materials into fumes, you should have a fume extraction system near the laser to ensure that no paint, oil or dust particles are released into the air.

Application Scope: this laser cleaning rust machine can quickly remove paint and remove metal or glass surface coating, rust, and a variety of oxides, grease, resin, glue, dust, stains, production residues, rough metal surface. laser The cleaning rust machine can also remove the greasy dirt, Post-weld oxide and dispose of the residue before welding. Mould cleaning,such as tire mould, electronic mould, food mould. Greasy dirt of the precision parts can be removed after production and processing. All in all, this laser removal machine can quick cleaning of nuclear component maintenance. 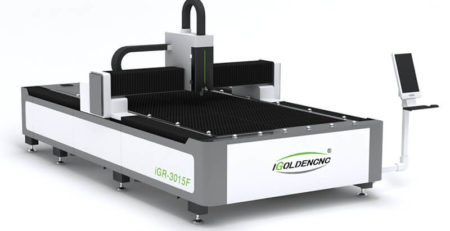 What is the Multi Sp... read more

What should I do with the running board of the panel furniture cutting machine?

When your cutting ma... read more